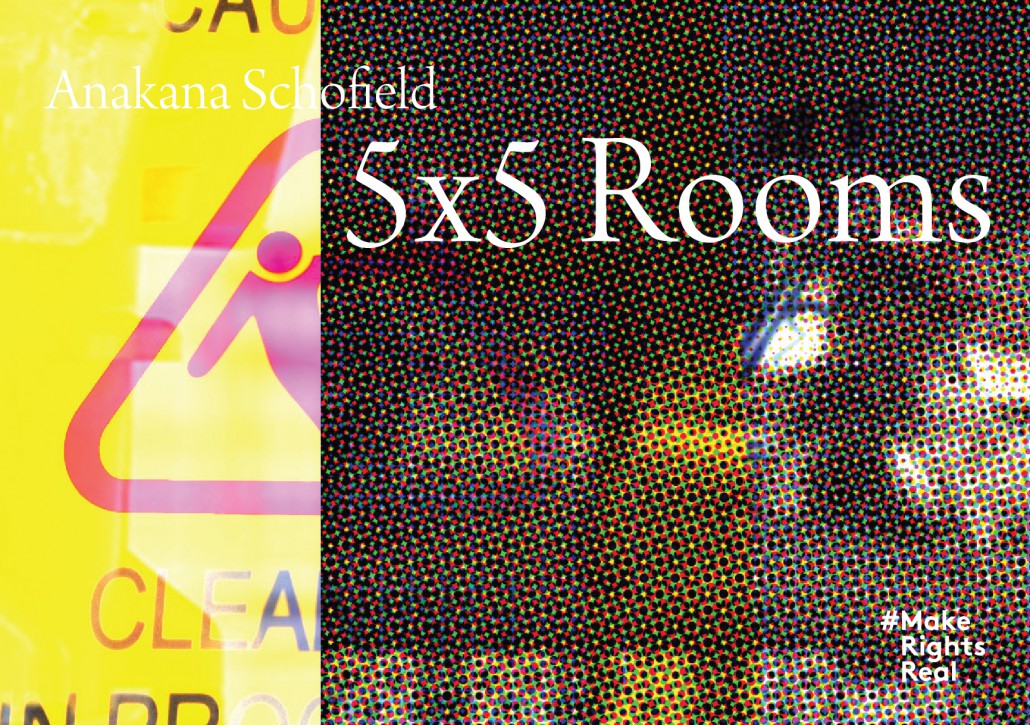 In the rooming house there were 3 X 3 lots. They live like pigs in cages, no roofs, chicken wire ceilings, skinny plaster walls. Men slept and lived in groups of six this way, bumping into each other outside their hardboard doors and elbowing each other to share a solo sink squashed outside the single toilet down the end of the corridor. The toilet was regularly blocked and flowed its way back down the hallway, seeping under the doors in redistribution. The rats, it was remarked, at least could get exercise swimming.

There are lots of stories like that, she said to me, as though it was customary and unremarkable to be locked inside a house and enslaved to an employer. The woman in the court case was wrong to speak up. It’s damaging to the community, she said. They won’t hire us. We need the jobs. We have to send money home, see. The words back home began to flutter-flag our conversation.

It happens to all of us, she said.

She should shut up.

She admitted, her former employer once beat her so badly she couldn’t see out of one eye for days. She said it quietly. She spoke it down into the table where we sat like if she said it direct to me it might be broadcast over the public address system and the authorities would lift her. She would find any excuse to beat me. Like what? The occasion of the eye, the right eye, was because of an apple. She had bought apples from the market and the employer found one with a tiny blemish. My hearing is still bad from the beatings. I slept under the table on a mat, she said. I worked without any day off. Eventually she left. She escaped into the street and somebody helped her, but the employer had her passport and she had to get her passport.

She did not return to that woman’s house. I don’t recall how she found her way to new opportunities because these are the hushed conversations in airports on plastic seats that suck your breath in and afterwards the only details that remain with you are beaten, eye, hearing, apple, table rather than escape and passport.

Here it’s fine. I work for a nice woman. Her job? I take care of children and cleaning the house.

Back home, she said. My children are back home with my sister.

How long since she saw them?

The carpets were rank, like something un-hoovered since 1971, yet I reminded myself you don’t live on a carpet, you don’t eat a carpet. A carpet doesn’t define your life. But there was also the smell. A startling infusion of damp, trapped in stale and bold neglect. The smell of too many people in too small a room. I was here to do the census, not record the state of the place. But the sight of the window locked my gaze. It’s sill smear caked with a black, mouldy substance and bubbled up paint. Socks lay on the upper ledge between the two panes to absorb incoming water and wind. Tape had been applied to the edges of the glass to keep it in the wood. The woman and her husband were wearing woollen hats indoors. The sink was filled with water and a carton of milk half floated in it. No fridge. No cooker. Not even a single ring electric option. How do you cook here? We don’t. So what do you eat? Chipper. Sandwiches. Crisps, the coat-wearing kid in the middle of the bed shouted.

I attended to the questions on the form. And finally could she confirm how many people were living here in this room? Three is it? No five, they said. We have three children. Two are outside. They can’t all be in here together. Not enough space.

An average poorly lit hallway, in a low-income apartment building, where he lived with three men. The landlady didn’t like them because they had accents. She didn’t like them for further undetermined reasons. I was surprised when he told me that morning holding his mail in his hand that he’d been a political prisoner imprisoned in Iran. He’d escaped the country eventually and been afforded asylum in Thailand before coming here, to this country, which I cannot name, to this hallway, to this shared mailbox beside mine, in a building, where the landlady didn’t like him for a random reason. Since he was accustomed to being disliked so it made no impression on him.

My wife and son are still there, he said. Back home, he still called it despite the savage treatment home had meted out on him. I want to bring them here. Then he explained that because of his political activities his wife and child were blacklisted and couldn’t get any medical care back home.

She spent her days inside rooms. Identical rooms. One room at a time. Within them she dipped up and down, skirting to the corner, lifting the mattress, under the rim, behind the taps, winding the vacuum cord and catching it about her ankles with that voice bending her brain.

You shut your mouth

You shut your mouth and do your job.

The suited manager, on the 7th floor that day, made a zipping motion at his mouth to the cleaner in the lime-green apron dress and inappropriate ankle socks.

The cleaner nodded. Or did she half-nod? Or did she quarter-perplex nod? Or was it merely a dither of a nod?

She had said to the supervisor that the man staying in 1414 assaulted her. She was never to be in the room when any guest was in there. Hadn’t she been told this? Why did she think they had this rule? So that this type of thing couldn’t happen, the supervisor said.

“But the guy came in while she was in there working and he grabbed her,” the other woman, who had papers, explained. The supervisor said she’d deal with it and go back to work.

You shut your mouth

You shut your mouth and do your job.

The first night when she can’t sleep because of his voice she decides to learn Spanish.

She will wear a walkman while she works with a cassette that talks to her. She will lock the bathroom door while she cleans.

She will carry her mops and buckets clumsily so they will hide the bulge of dictionaries in her pocket.

She will learn to say you shut your mouth and do your job in as many languages as she can.

UNDHR Article 4: No one shall be subjected to torture or to cruel, inhuman or degrading treatment or punishment.

Anakana Schofield won the Amazon.ca First Novel Award and the Debut-Litzer Prize for Fiction for her debut novel, ‘Malarky’.  Her second novel, ‘Martin John’, will be published in Ireland in 2016.  ‘Martin John’ was recently shortlisted for the Giller Prize (Canada’s Booker Prize). Further information: www.anakanaschofield.com

Tweets by @MakeRightsReal
Sara Baume: On the Freedom to Write Irresponsibly