Over the coming weeks, the #MakeRightsReal blog will feature opinion pieces and reviews on a diverse range of issues.  Here, 17-year-old Leaving Cert student Taillte May reviews a new documentary about Malala Yousafzai and uncovers how Irish teenagers can relate to the story of this extraordinary young woman.

‘He Named Me Malala’ is a documentary about the famous young Pakistani woman, Malala Yousafzai. Over the last six years, she has attracted global admiration as a result of her extraordinary struggle.

In 2009, when she was just 13, she undertook an anonymous weekly broadcast for the BBC World Service. Told in the form of a diary, Malala revealed to the world what it was like to live as a girl in Pakistan under the Taliban regime.

She later gave up her anonymity, making the decision to speak publicly about women’s rights and the right to education.

In 2012, Malala was shot in the head by a member of the Taliban. Miraculously, she survived and moved to England with her family, where she’s currently studying for her A levels.

Malala still works tirelessly in support of human rights. She was awarded the Nobel Peace Prize in 2014.

The film, ‘He Named Me Malala’, focuses on the epic themes of Malala’s life. The first scene shows, in elegant animation, the story of her namesake, Malala of Maiwand, who spoke out to the people, saying that it is better to live one day like a lion than to live a life of submission.

The film is structured around the importance of free speech to everyone. Malala’s commitment to freedom of speech extended to her openly naming the members of the Taliban in her town, thereby risking her life. Malala links free speech and the ability to question authority very firmly to education; where there is no education, she argues, there is no independence of thought. Malala’s message is that books and pens are the best weapons in the face of a totalitarian regime.

That’s the public face of Malala. But the film goes beyond the almost mythic or fairy-tale figure to show the audience the playful, ordinary 18-year-old girl.

Personally, as a 17-year-old Leaving Cert student, I was impressed at how the film helped me identify with Malala and her experience.  When almost everyone you know is educated and takes access to education for granted, it is easy to feel distant from those who have to struggle for it.

‘He Named Me Malala’ brought home to me the importance of free speech and education.  The relationship between Malala and her father, Ziauddin, is evidently very close. They share the same moral compulsion to speak out against oppression. Ziauddin’s decision to encourage Malala to speak publicly about the Taliban was a controversial one. The awful repercussions for Malala and her family are explored in a moving way. This film humanised Malala to the extent that I left the cinema in tears.

The film ends on a powerful note: Malala emphasises that her story is not important because it is unique, but rather because it is not unique. Hers is the voice of many; she speaks for the many thousands of girls denied their right to an education. And education, as Malala says, can change the world. 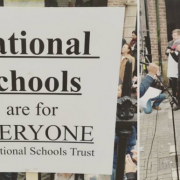 All I’m Asking Is That My Son Be Treated As An Equal: James’s Story 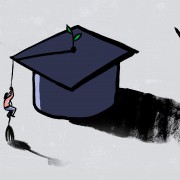 Guest Blog: Higher Education – A Right or a Privilege? 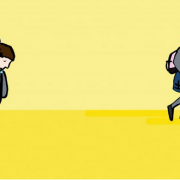 The Right to Education for Persons with Disabilities: Geraldine's Story 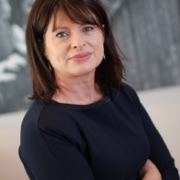 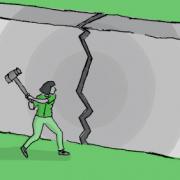 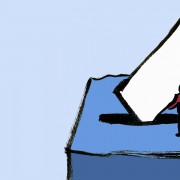