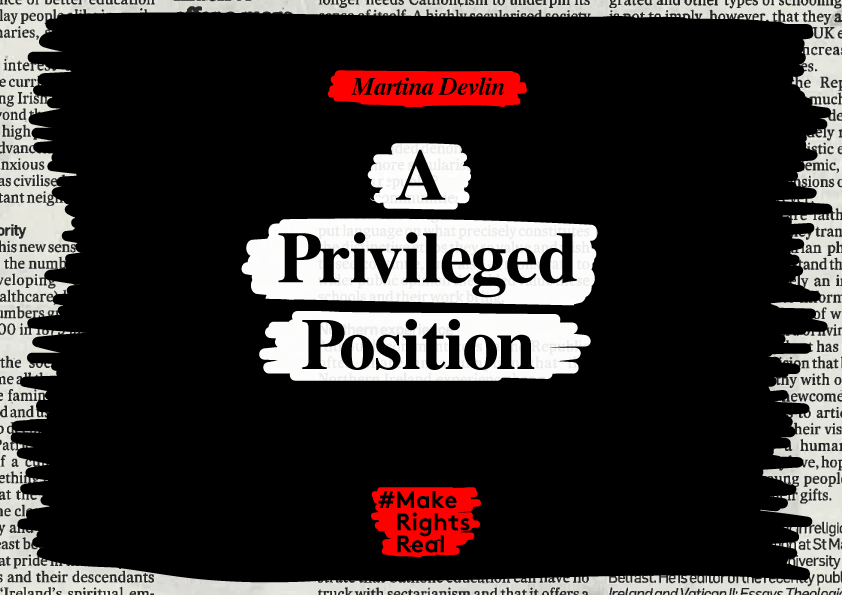 Writing about current affairs as a newspaper columnist would be meaningless without freedom of opinion and expression. Your views and the fluency, conviction and credibility with which you articulate them are your trademark.

So the number one rule is not to allow yourself to be courted by vested interests, and never find yourself owing someone a favour which might be called in one day.

Accept no gifts. Buy your own treats. Stay independent, with a hint of curmudgeon, and at all costs avoid groupthink.

What you’re wielding is soft power because you do not stand for election and are not answerable to anyone. So it’s important not to use your position as a power trip; instead, it ought to be regarded as a position of trust.

This national platform to express your opinions – or an international platform if social media is factored in – gives you a ringside seat on life. You find yourself in the homes of the rich and famous, rubbing shoulders socially with everyone from government ministers to captains of industry – whom you may be writing about one day. It would be foolish to pass up such opportunities, not least because something you see or hear at these events might be useful for analysing an issue at some stage in the future. But it is essential to guard against mental capture. You cannot let yourself be charmed by meeting these people into ignoring relevant material.

Article 19 tells us, without any ambiguity, that we all have the right to make up our own minds, to think what we like, to say what we think, and to share our ideas with other people. However, simply venting isn’t going to carry much weight with anyone, nor should it. Informed opinions which have been carefully considered are more compelling. So researching every subject written about is a must. After that, I question my own views and the process by which I arrived at them, trying to guard against my prejudices.

None of the above can be skipped over. Columnists have a privileged opportunity to shape the national discourse, and to initiate subjects for debate that may otherwise pass unnoticed. Privilege carries responsibility.

Looking back over more than a decade as a current affairs columnist with the Irish Independent, there have been some stand-out moments. I remember meeting Seanie Fitzpatrick at a social event shortly before Anglo Irish Bank was nationalised. He still appeared to be a master of the universe – at his approach, people stepped back, as if Moses was ordering the Red Sea to let the Children of Israel pass. I noticed how he had the glamour of Midas attached to him. Or what the Irish people regarded as alluring in those heady Celtic Tiger days. Within a few months, the State had given the banks an emergency guarantee, and a short time afterwards Anglo was nationalised.

On several occasions, I was invited to the home of Sir Anthony O’Reilly when he owned Independent News and Media and topped the rich list in Ireland. I’ll never forget walking through an empty room and doing a double take. Could it be? Yes it was. A Fabergé egg was balanced on his mantelpiece for anyone to lift. And drop.

A minute later, my eye was caught by the Monet which he bought 15 years ago for $24.2m. He was the only Irishman ever to own a Monet. Later, that painting of Rheims cathedral was among a host of baubles sold during the Daedalus chapter in the businessman’s extraordinary life, after he went bankrupt and had to agree terms with his creditors.

Why am I sharing these stories? To show how easy it would be to be drawn in by the charisma, the power, the wealth. By all means, observe it. Up close and personal if possible. But remain detached.

If you have the chance to exercise your right to freedom of speech on a public platform, you have a duty to inform yourself. Often, I write about the North: a subject I feel qualified to tackle because I come from Tyrone, and because I covered the story on the ground as a newspaper reporter. I notice an amount of ill-informed and knee-jerk commentary on the post-Good Friday Agreement period which is far from helpful. Overall, hand on my heart, I can say that the trajectory of the Troubles and the path towards peace has been the most momentous story of my lifetime.

Let me pause here to remind readers about Section 31 of the Broadcasting Act, which censored RTE interviews with spokespeople for Sinn Fein and the IRA, among others. The ban ran from 1968 to 1994 and made a mockery of freedom of speech. A less restrictive prohibition was also operated by the BBC. Journalists ought to have challenged it more robustly.

Being in the right place at the right time makes a difference to a column’s authority. Writing about a ghost estate conveys a stronger impression if you visited one an hour earlier. Voicing an opinion on the possible Greek exit from the euro takes on an extra dimension if you happened to be in Greece as the storm raged. Observations on the repercussions of the Twin Towers attacks carry more impact if you walked the streets in the immediate aftermath speaking to New Yorkers. That’s what I did. It’s all about informing yourself before articulating opinions.

However, if I’ve learned one thing about exercising freedom of speech in the hopes of influencing people, it’s to engage with them in a way that interests them. Nobody has an entitlement to be read. You set out to entertain and stimulate, and if you do that you might – just might – act as a persuader in the process.

Finally, you must be consistent. That doesn’t mean you can never change your mind on an issue but you need to have a sound reason for doing so. New evidence emerging, or perhaps a personal encounter which causes a re-evaluation of your stance. But if you flip-flop, readers will know and your standing will be compromised.

At its core, regular and public utterance of freedom of expression hinges on a compact between reader and writer. If you do me the courtesy of reading, I’ll do you the courtesy of telling the truth as I see it. Deal?

UNDHR Article 19: Everyone has the right to freedom of opinion and expression; this right includes freedom to hold opinions without interference and to seek, receive and impart information and ideas through any media and regardless of frontiers.

Martina Devlin is an Omagh-born novelist and journalist. She has had nine books published: the latest is About Sisterland, set in the near future in a world ruled by women – it should be perfect, but it all goes horribly wrong. Other novels include The House Where It Happened, a ghost story inspired by Ireland’s only mass witchcraft trial, and Ship of Dreams, about the Titanic disaster. Prizes include the Royal Society of Literature’s VS Pritchett Prize and a Hennessy Literary Award, while she has been shortlisted three times for the Irish Book Awards. A current affairs commentator for the Irish Independent, she has been named columnist of the year by the National Newspapers of Ireland. Martina is vice-chairperson of the Irish Writers Centre.  Further information: www.martinadevlin.com.

Tweets by @MakeRightsReal
Eoin McNamee: Not in History. Not in Another Country

Sara Baume: On the Freedom to Write Irresponsibly
Scroll to top