The Roma and Gypsy communities are the most negatively perceived minority group in Northern Europe, according to a report published by the international market research agency YouGov.  Negative perceptions of Muslims are also high, according to the report.

YouGov surveyed 7,230 people in Britain, Denmark, Finland, France, Germany, Norway and Sweden in June of this year, and the report is based on the survey findings.

The report found that:

The full survey findings are available to download here. 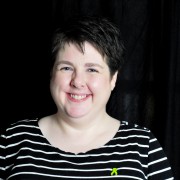