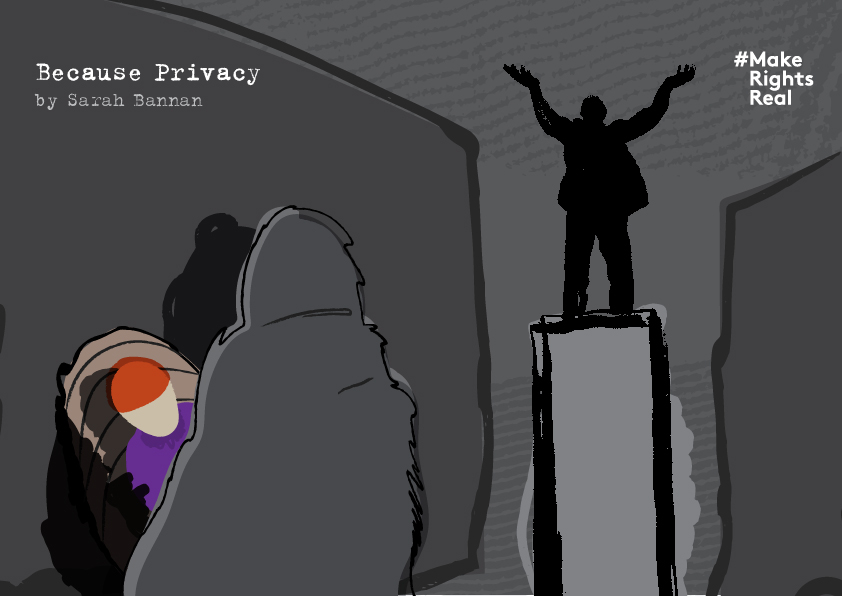 When she closes her eyes, the day is hers and only hers. (And baby’s.)

She closes her eyes (baby on chest, the cot is too cold, she will never settle there) and the day is like a film. She plays it scene by scene. (She will delete the bits that aren’t so nice.)

She closes her eyes and lets breath go in and out and baby’s skin against her skin and she puts a pillow on either side of her. Because falling. Because sleeping. Because careful.

(Because there are rules here, in this house, and if they break them, then: there is always something worse.)

She closes her eyes and wishes she could not hear the other women, who are hacking and saying tablets and Corpo and bless. Other women who go outside to smoke but do not close the door and the smoke comes right on in, cause nobody told it not to.

She closes her eyes and hears the woman (this is not the same woman she met before, not the woman with a kind face and white patch of hair running through the middle, like she is a friendly animal from the forest) walking up and down. She is asking if they need anything but she is watching them.

She closes her eyes and memory, so. Pushing pram down O’Connell Street, straight down the middle and so early it is almost just you and baby (Almost: there are foreigners going to work but they do not look at you.) Wind is fresh on your face but too wild for baby, who makes a squeal but not a cry. (“She is such a good baby,” woman in Ilac Centre says to you the day before. Helping you fill out forms, taking your date of birth and money in and out and illnesses and what are you actually good for, she might as well be asking. But: “She is a good baby.” And you: “Is she?” because you would not know one way or the other. What would it be like if she were worse?)

She closes her eyes and memory again. Evening Herald ad: “Rent Allowance Accepted.” You texted the number and met a slick-haired man in a car (“15 plates,” your fella said to you later, “Were you feckin’ born yesterday?”) and you gave the slick-haired man an envelope with all you had. Because you were done sharing with the fella. Him not even the father. (You explained this to the girl who took you for the cup of tea. You will eventually explain it to the Guards, and there isn’t a hope one of them believes you. Not a hope.)

She closes her eyes as the woman gets closer to her bed, and she sucks in her breath and she wonders how long it has been since she washed her hair. Who will watch the baby while she does that? (There are no curtains on the showers. Because drugs. Because risk. Because reasons.)

She closes her eyes and memory. Telling baby about a room of one’s own. Telling baby about own place and own space and hours in front of CBeebies, just the two of us. Only look at the queue. Look at the state of us. (“Scam,” three or four or five say. You text your fella and you think you hear him laughing clear across town. “Stupid” – and you hang up because the woman next to you is giving you stink eye. Because she can hear every word because you are right up against each other on the bus. Weren’t you lucky to get a seat?)

(A journalist might be in touch with you, would you be okay with that? Would you like to talk to Joe?)

(On the radio, there is talk of the banks. A banker will stay in America. It’s not fair and he’s not coming home. Because privacy. Because rules. Because he says so.)

She closes her eyes and remembers her locker next to her with no lock. With five baby-gros and two knitted hats that the nurse gave her and told her to use. Even indoors. She cannot remember where she left her toothbrush (this house or the last one or the one before that) and the woman is across the side of the room but she will not ask her about it. Her breath is too bad.

She closes her eyes and memory. It is pissing rain and you have a bag of clothes and your fella is there sleeping outside Pro-Cathedral and you drop them but you wake him and then shouting. And then looking. And then stopping. And staring. Baby not crying because this is a good baby.

(“He doesn’t hurt me,” you tell the girl who takes you for tea. You ask her about washing the pram cover because she is the type of person who does these things, and then she will believe the words: “I don’t do drugs.” “Can I help you? Where do you live?” And you would never ask her that. Because grown-up. Because deserving. Because privacy.)

She closes her eyes and does a sum, and thinks of purse in locker with no lock with bills and what’s left, which is not enough, but it is just hers. And baby’s. (“We will go through your locker every morning,” the lady who runs the house says. “And in the evening.” Drugs and risk. “I understand.”)

She closes her eyes and feels baby on chest and breathing in and out and then baby gives a cry and she might be hungry? So you lift your top and there are eyes everywhere, you feel them beside you and under you and above you, but then it is just the two of you and she has latched and she is good and she is yours and when you sleep then nobody knows what you dream only you and it’s yours. Yours. Yours.

UNDHR Article 12: No one shall be subjected to arbitrary interference with his privacy, family, home or correspondence, nor to attacks upon his honour and reputation. Everyone has the right to the protection of the law against such interference or attacks.

Sarah Bannan was born in 1978 in upstate New York. She graduated from Georgetown University in 2000 and then moved to Ireland, where she has lived ever since. She is the Head of Literature at the Irish Arts Council and lives in Dublin with her husband and daughter.  Her debut novel, ‘Weightless’, was published earlier this year by Bloomsbury.  Further information: www.sarahbannan.com.