The Chief Commissioner of the Irish Human Rights and Equality Commission, Emily Logan, has today welcomed the decision from the International Coordinating Committee on National Human Rights (ICC) to accredit the Commission, established on 1st November 2014, as an “A” status NHRI.

This recognition underlines the Commission’s domestic and international standing and institutional independence.

Although there are three levels of accreditation, only those awarded an “A” status are fully compliant with the Paris Principles and, as a result, are accorded voting, speaking and seating rights at human rights treaty bodies or other UN organs.

“The Commission welcomes the ICC’s decision to accredit it as an “A” status NHRI, confirming that the IHREC is in full compliance with the UN Paris Principles. As a voting member of the ICC, the Commission is now strategically placed to formally join colleagues in the promotion and protection of human rights globally. This recognition is important in terms of achieving the highest domestic credibility and international standing in respect of the Commission’s institutional independence.”

“A” status members participate fully in the international and regional work and meetings of national institutions and hold office in the Bureau of the ICC or any sub-committee the Bureau establishes. These members can also participate in sessions of the Human Rights Council, take the floor under any agenda item and submit documentation.

The ICC, through its Sub Committee on Accreditation (SCA), aims to establish and strengthen NHRIs by benchmarking their activities against the United Nations Paris Principles.

The ICC, established in 1993, is a global network of NHRIs (administrative bodies set up to protect and promote human rights in a given country). The ICC coordinates the relationship between NHRIs and the United Nations human rights system by reviewing and accrediting the compliance of NHRIs with the UN Paris Principles. The Paris Principles, adopted by the United Nations Human Rights Commission in 1992 and subsequently by the UN General Assembly in 1993, review and examine the status and functioning of national institutions for the protection and promotion of human rights.

Institutions, through the Sub-committee on human rights (SCA), can be accredited with the following statuses:

“A” Voting member: complies fully with the Paris Principles. These members can participate fully in the international and regional work and meetings of national institutions and they can hold office in the Bureau of the ICC or any sub-committee the Bureau establishes. These members can also participate in sessions of the Human Rights Council, take the floor under any agenda item and submit documentation.

“B” Observer member: does not fully comply with the Paris Principles or has not yet submitted sufficient documentation to prove compliance. These members cannot vote, hold office, take the floor under agenda items or submit documentation.

“C” Non-member: does not comply with the Paris Principles and has no rights or privileges in the United Nations rights forum.

The Office of the High Commissioner for Human Rights (OHCHR) is a permanent observer on the SCA and serves as the secretariat to the ICC and its SCA.

A total of 72 of the 107 NHRIs have achieved “A” Status, including Ireland.

Eoin McNamee: Not in History. Not in Another Country 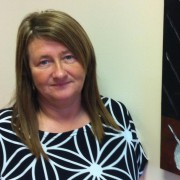 Writing Rights: We've Partnered with Leading Irish Authors and The Irish Times
Tweets by @MakeRightsReal
Guest blog: Gender-Based Violence is as an abhorrence that no society should...