Today is Transgender Day of Remembrance, a day to remember the suffering transphobia has caused and a time to raise awareness of the need to better protect the rights of trans people.

Research from the European Agency for Fundamental Rights (FRA) shows that trans people across the EU are often marginalised and live in isolation or fear.  A report published by the FRA last year, entitled ‘Being Trans in the EU’, showed that trans people experience frequent discrimination and victimisation, harassment and disrespect.  Key findings from the report – which was based on a wider EU survey on hate crime and discrimination towards lesbian, gay, bisexual and trans (LGBT) people – included the following:

According to the FRA: “Such findings point to the need to improve policies to combat hate-motivated violence and harassment. This includes actions to prevent transphobic hate crime and improve awareness among the police of how to deal with such hate crime.”

You can read more about the FRA’s work on combating transphobia here.  Information on reporting hate crim in Ireland is available here. 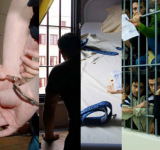