My name is James Hendicott. I grew up in the UK, and spent a number of years travelling before ending up in Dublin.

I’m now happily settled in Ireland, and have a two-year-old son, Adam.

Because of my son’s age, I’ve recently been thinking a lot about schools and, in particular, about the place of religion in the Irish education system. I believe religion should be taught in schools, but I believe its purpose should only be to inform students. I think classes based on a variety of world religions could help us connect globally, and that’s becoming more and more important.

My son is not – and isn’t about to be – baptised, so already myself and my wife are struggling with the issue of where he will go to school.

There’s a local Educate Together school, but it’s completely oversubscribed, so much so that, by virtue of being born in August (which will make him the absolute youngest in his school year), Adam is highly unlikely to get in: a full year group could have been registered before he was even conceived.

We’ve applied for places in a number of other local schools, but – because of their admissions policies – it’s not looking hopeful. Many have policies that mean my son’s place on the priority list for our area of Dublin is below any Catholic who happens to apply, even if they reside in a completely different area. Typically, on a list of seven entry criteria, he comes sixth, ahead only of those of the ‘wrong’ religion (or none at all) who reside further from the school than we do.

Combine the two factors above and we’ll do well to get him into one of the half a dozen schools within walking distance of our home.

If Adam was baptised, we would be confident of having a number of good options in our locality. To me, this seems to be a straightforward example of religious discrimination but, according to Irish law, it’s not.

Ireland is not a Catholic country. Regardless of what the Census might say, the Constitution explicitly says so. We are a secular republic and discrimination based on religion is banned by law, but with one incomprehensible exception: schools. 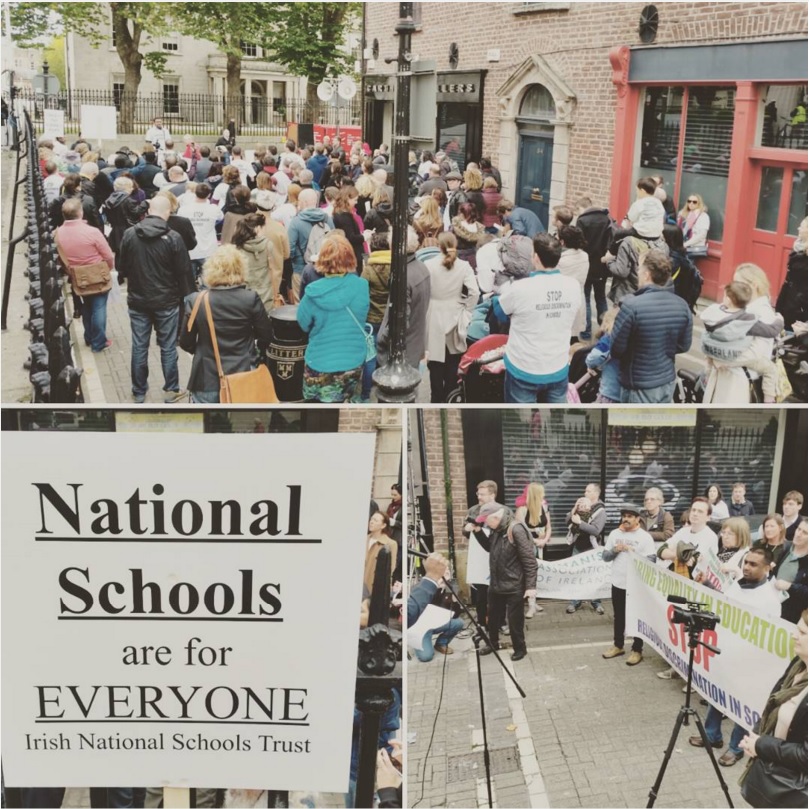 Photographs taken by James earlier this year during a protest about school admission policies.

As someone who grew up in a country where schools could not discriminate on religious grounds – and who spent time teaching in another (South Korea) with a similar policy – I find the situation in Ireland baffling, to say the least.

I know this isn’t an issue that affects a lot of the country. But not affecting a large percentage seems a pretty poor justification for religious discrimination to me. If this kind of discrimination related to gender or skin colour, there would rightly be outrage. I can’t imagine anyone ever saying, “Discrimination against {insert skin colour here} only affects one per cent of the population, so why should the rest of us care?” But that’s something that is said frequently in defence of discrimination in school admissions policies.

I suspect it would only take a case or two of Irish citizens living elsewhere and being excluded from local schools for their religion to make front-page national news. Imagine how we would react to being blocked or separated based on not being a Jew, a Buddhist, a Muslim or a Protestant? I think there would be outrage.

But, in my experience, instead of outrage, there’s a prevailing attitude of ‘Why don’t you just baptise him to make it easier?’ when it comes to school entry. That by not connecting my child with the country’s religion of choice, I’m doing him a disservice.

I cannot do this. The reason is simple: while I respect my son’s right to believe whatever he chooses later in life, I can’t bring myself to make him part of a religion he doesn’t understand as a toddler.

Things have to change. Like many parents, all I’m asking is that my son be treated as an equal.

I’d like to see a change in admissions policy, one based on any kind of fair criteria other than which god a child believes in. Like how close to the school a child lives, or attending the same place as a sibling. It’s time for common sense.

‘No blacks, no dogs, no Irish’. It’s not the same, sure, but being told you’re ‘less’ – that your education isn’t valued because you’re not a member of the right belief system – is not clever, and it’s not okay. You’d think we would have learnt. 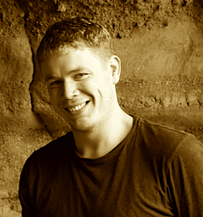 James Hendicott is a Dublin-based music, travel and culture writer. You can read more of his work at
www.hendicottwriting.com.