In February 2003, I had a nervous breakdown. My brain just shut down. I was numb, unable to feel emotion, all that existed was darkness.  It took me some years to recover from this experience and, in 2007, I readied myself to re-enter the workplace. I wanted to have a purpose, a reason to get out of bed. I wanted to contribute to society and to the household.

Somewhat naively, I thought I just needed to apply for jobs, talk to people I know and see what kind of work was out there.  I wasn’t prepared for what faced me: a lot of rejection.

As I tried to figure out what I was doing wrong, I spoke with a career coach and a couple of people that work in human resources. The feedback was unanimous: the gap in my CV was a big problem.

With this in mind, I decided to re-work my CV in an attempt to disguise the obvious gap and also to return to education. Three years later and having been awarded a First Class Honours Degree in business, I was ready to try again.

During the one interview that I was called for, I was asked about the gap in my CV and, contrary to advice, I told the truth. To gain employment would have been a huge achievement for me. But my advisors were right: as soon as I explained the gap in my CV, the demeanour of my interviewers changed. Although they were polite and sometimes inquisitive about my experience, I knew that I had talked myself out of a job.

Nobody should have to feel like they have to justify themselves for what they have gone through.   My experience of mental illness does not make me any less of a person. I just wanted to be dealt with as an equal to all the other applicants.  The equality legislation is there to ensure that this is what happens.

Knowing the equality legislation exists not only to promote equality, but also to prohibit discrimination in all aspects of employment – including recruitment – gave me the confidence to be honest about the gap in my CV.  Having the legislation there bolstered my confidence and self-belief.   I should not have to fear being myself and being honest about it, no matter what the situation.

I was under no obligation whatsoever to disclose my mental health issues, it was my personal choice to do so.  However, if I did not disclose, and my mental health caused future difficulties in employment, understandably the employer would be asking the question, ‘Why didn’t you tell us?’.

Therein lies the problem. One would hope that an employer would wish to know about the disability, so that they may provide reasonable accommodation, in line with the legislation. However, if told, surely the risk arises as to whether or not an applicant would be discriminated against for having mental health issues. With that in mind, it is clear to see why people are reluctant to tell the truth.

It is because of this situation that I decided to speak out and be a voice for all the people just like me, who are either trying to get a job or having difficulties in disclosing their mental health issues.

The equality legislation is there to be adhered to by employers – but also to give some protection and reassurance to the employee.

I would hope that I could encourage others to have the confidence to be honest about their mental health issues and educate employers to ensure they view us as equals.

I decided that I was not going to let others dictate whether or not I was fit for work and so I embarked on an MBA specialising in human resource management. I am in the process of launching Don’t Mind the Gap, which is a social enterprise that aims to educate employers, and those who carry out recruitment, in how to deal with both candidates and employees with mental health issues.

It is hoped that, by challenging perceptions and changing mindsets, we will create a society where honesty really is the best policy. 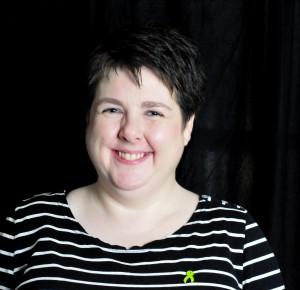 Social Entrepreneur and See Change Ambassador Miriam Dowling is the founder of Don’t Mind the Gap, an initiative addressing the stigma and discrimination those with mental illness face when trying to gain employment.

Tweets by @MakeRightsReal
Conference on Cultural Diversity in the Classroom

Where are Ireland’s best places to work for LGBT equality and inclusion?
Scroll to top