Participation and the Practice of Rights (PPR) is a Belfast-based organisation that supports marginalised people to assert their rights in practical ways. Here, Nicola Browne, Director (Policy) with PPR, describes how “rights become real when applied to concrete problems which often arise in local contexts”.

“Where after all do human rights begin? In small places, close to home…”

Earlier this week, a young mother uploaded a video to YouTube. Filmed on her smartphone she walks through her West Belfast home, the walls infested with chronic damp– her daughter’s bedroom, the room she shares with her husband. She rubs a tissue against the wall and it comes away wet. The ceiling directly above her baby daughter’s cot is black with mould.

This young woman, who wants to be known as N, is a member of PPR’s Equality Can’t Wait group, who campaign for their human right to adequate housing to be realised. She – like many others PPR works with, on socio-economic rights issues including housing, mental health services and unemployment – would be too modest to describe herself as a ‘human rights activist’. Yet she, like them, is carrying out one of the core elements of human rights activism – making visible the invisible.

PPR’s work focuses on monitoring and campaigning for the realisation of international socio-economic rights standards in some of the most deprived communities in Northern Ireland. PPR adopts a participatory human rights based approach, believing that real change happens when those who need it are involved in setting the agenda for change, and then working themselves to secure it.

PPR was established in 2006 as a pilot project. We were tasked with exploring the gap that existed then, and still does, between those who traditionally hold knowledge about human rights, and those who need that knowledge, and those tools, to make much-needed change on the ground.

Above all, human rights are about change. It became very clear to us early on, that to take rights off the page and make them live, they need to be practically useful to people, in particular marginalised groups and communities to whom change rarely comes. Human rights should not merely be admired, they need to be used.

This requires building participation. People do not get involved in PPR’s work because of a burning desire to learn about human rights. They come because they are in a tight space and want and need change.

It is vital, then, that human rights work with directly affected groups centres on the issues impacting the group, as opposed to any preconceived ideas about what anyone else thinks is best for them. We must be careful in our work not to unwittingly replicate the power structures that exclude the voice and views of the poorest in society, by replacing their views and voices with ours.

We have learned that working with people directly affected by socio-economic rights failures requires a re-examination of who we recognise as the experts in human rights. Rights become real when applied to concrete problems which often arise in local contexts. People’s experience of unemployment, substandard housing and poor health services is an expertise. They know firsthand what is wrong with current services. They know the impact on their lives and often hold the solution – our groups have consistently come up with effective, practical and often low-cost solutions which realise their socio-economic rights.

A new follow-up appointment system for mental health patients attending A&E in mental health crisis, a Belfast City Council Motion requiring all Council’s procurement spend to include ring-fenced jobs for the long-term unemployed, a new sewage system that prevents backflow of sewage up baths and sinks of high rise flats – all of these came about as a direct result of campaigns designed and implemented by people affected by unemployment, in poor housing, or bereaved by suicide.

As a desire for real change is the driver for the involvement of directly affected groups in human rights work, so it follows that success is measured by change on the ground, not commitments on paper. Change also requires a timetable – or it simply doesn’t occur. PPR has pioneered a grassroots human rights indicators and benchmarks methodology, which allows groups to name the change they wish to see, set the pace of change which is acceptable to them, and monitor whether it is taking place.

Channelling this expertise ensures the right change is made, and made in the right way. Participation is not only the starting point of PPR’s work, but also the desired outcome. The work of our groups shows that the conditions and issues that impact them are the result of ineffective decision-making processes that have excluded them. They focus on changing how decisions are made, as well as the results of those decisions, to embed the human rights principles of participation, accountability and equality. This is key to making change long-lasting and sustainable.

To make change in this way builds on the honourable tradition of social justice movements of the past – based on organising, solid evidence, and a refusal to accept an unjust status quo.

A narrow view of rights encapsulates them as legal tools, administered by courts who adjudicate what rights mean.

A broader sense understands that directly affected people who engaged in struggle and campaigns are the original authors of human rights, as our laws and government have always allowed people to be treated poorly until they met with an objection.

It is actions like N’s which remind us that while they have international and global relevance, it is in the small places where human rights begin to be made real. 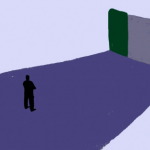 Guest Blog: International Day of Persons with Disabilities – A Reflection...
Scroll to top