My name is Pat Kelly and I’m from Blackrock in Cork. I’m 72 now. When I was younger, I was a bread-van driver for 20 years and then a factory worker.

In 1984, I had to have major back surgery. I had two discs removed and, subsequently, wasn’t able to work. I began caring fulltime for my elderly parents. I cared for my mother from 1984 until she passed away in 1998, and then continued to care for my dad until he died in 2009.

I was a fulltime carer for 25 years but, as a consequence of leaving the workforce early, I have nothing to live off now but the old-age pension. Had I been working all the time, I’d have built up a pension reserve. I had a small pension from my previous job, but I had to convert the house for my disabled parents and I cashed in my pension to do that.

I’m finding it increasingly difficult to maintain the basic standard of living that I have. I’ve had to surrender my landline phone due to costs, and I’m thinking of cancelling my TV subscription. I’m also debating whether or not to sell my car. The truth is I can’t afford it, but I’m scared of losing my independence if I let it go.

A lot of my friends are almost at poverty level. The cost of living is increasing all the time, and we’re just trying to survive. I live in fear of not being able to pay the property tax, household charges, water taxes and so on – and then I worry about being threatened by Revenue.

Another thing that concerns me is crime. My house was broken into three weeks ago, and a sum of money was stolen. I feel additional gardaí are being deployed in areas where there’s no real risk – for example, to monitor water protestors – but additional resources aren’t really being made available to combat crimes against the elderly.

The past few years have been very, very rough, both emotionally and financially. The implied threat of what might happen hangs over me. I don’t feel safe in my home or in this country. In this parish, in the last month alone, we’ve had at least 12 older people robbed. I had one elderly neighbour attacked last year – a man in his 80s.

I feel I made my contribution to society by caring for my parents and keeping them out of nursing homes and hospitals. I want to see the role of carers publicly acknowledged, and also better recognition of the contribution older generations have made to society.

We worked hard in the 1940s, 1950s, 1960s… We worked in extremely tough conditions that would be outlawed now: lifting very heavy loads, inhaling dangerous chemicals. All in the hope and expectation that, when we needed help – pensions, hospital beds, a sense of security – it would be there. It’s not.

When I was growing up, we accepted everything that happened unquestioningly. We were poor and most people were poorly educated. People are much better educated now. But they need to protest against injustices and be made aware of their entitlements.

I’m very quiet, very reserved. But there’s only so much I can take. I have to speak up.

There’s an election coming up, and I’ll be raising my rights when canvassers come knocking on my door. I’ll have a copy of the UN Declaration of Human Rights at the door, and a copy of the Constitution. I’ll be asking candidates their views on older people’s and carer’s rights.

Hopefully, if we rattle enough cages, we might get recognition.

MakeRightsReal would like to thank Age Action for its assistance in sourcing this real-life story.

Tweets by @MakeRightsReal
Statement by the Irish Human Rights and Equality Commission in response to recent... 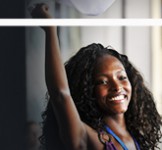 Marking 50 Years of the International Convention on the Elimination of All Forms...
Scroll to top