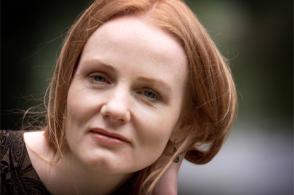 Last week, we partnered with The Irish Times on the ‘Writing Rights’ project to mark Human Rights Day 2015.  Seven highly acclaimed Irish authors participated in this project, creating written responses – ranging from poetry to creative fiction to factual pieces – to various Articles of the Universal Declaration of Human Rights.

This week, we’re running a spotlight series, where we take a closer look at each of the participating authors.  Today, it’s the turn of Martina Devlin, whose contribution to ‘Writing Rights’ was a factual piece called ‘A Privileged Position’.

In her piece, Martina – who is a highly respected newspaper columnist herself – writes about how columnists have a “privileged opportunity to shape the national discourse”.  She points out “how easy it would be to be drawn in by the charisma, the power, the wealth” and says that those who get the chance to exercise their right to freedom of speech on a public platform have a duty to make sure they are truthful, detached and well informed.

Martina drew inspiration from Article 19 of the Universal Declaration of Human Rights, which states: ‘Everyone has the right to freedom of opinion and expression; this right includes freedom to hold opinions without interference and to seek, receive and impart information and ideas through any media and regardless of frontiers’.

Aside from her work as a journalist and columnist, Martina is the author of nine books.  Her most recent novel, ‘About Sisterland’, is set in the near future in a world ruled by women – it should be perfect but it all goes horribly wrong.

Martina’s other novels include ‘The House Where it Happened’ and ‘Ship of Dreams’.

She has been shortlisted three time for the Irish Book Awards and has received a Hennessy Literary Award and the Royal Society of Literature’s VS Pritchett Prize.

In her capacity as a current affairs commentator for the Irish Independent, she has been named columnist of the year by the National Newspapers of Ireland. She is also vice-chairperson of the Irish Writers Centre.  You can find out more about Martina here. 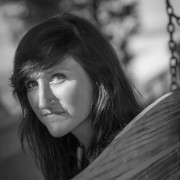 Eoin McNamee: Not in History. Not in Another Country