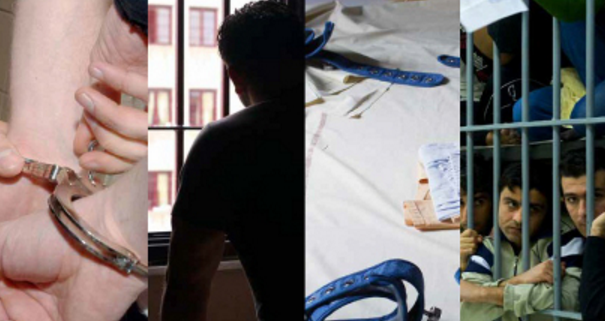 Earlier this week, the Council of Europe’s Committee for the Prevention of Torture (CPT) published a report on its sixth periodic visit to Ireland, which took place in September 2014.  The visit provided an opportunity for the Committee to assess the progress made since its 2010 visit.

During the visit, a delegation from the CPT examined the conditions in Irish prisons, including for women prisoners.  It also focused on the provision of healthcare and the recently-introduced complaints system in prisons, as well as the issues of juvenile and immigration detention. In addition, the delegation visited a number of police stations to look into the conditions of detention and the safeguards in place.

The CPT report criticises the high levels of violence in Irish prisons, the extent of slopping out and the detention of failed asylum-seekers in jail for up to eight weeks.  It also raises concerns about verbal and physical abuse of suspects by gardaí and the detention of mentally-ill convicts in ill-equipped and unsuitable prisons.

The report states that the cooperation received from the Irish authorities was very good, both at the central and local levels, and notes a number of positive reforms, including allowing solicitors to attend Garda interviews and ending the detention of teenagers in St Patrick’s Institution.

Both the report and the Irish Government’s response have been made public at the request of the Irish authorities.  They are available here.

What is the CPT?

The CPT is a Committee of the Council of Europe, which organises visits to places of detention, in order to assess how persons deprived of their liberty are treated.  These places include prisons, juvenile detention centres, police stations, holding centres for immigration detainees, psychiatric hospitals, social care homes, etc.

CPT delegations have unlimited access to places of detention, and the right to move inside such places without restriction.  They interview persons deprived of their liberty in private, and communicate freely with anyone who can provide information.

After each visit, the CPT sends a detailed report to the State concerned.  This report includes the CPT’s findings, and its recommendations, comments and requests for information.  The CPT also requests a detailed response to the issues raised in its report. These reports and responses form part of the ongoing dialogue with the States concerned.

The CPT’s full title is the “European Committee for the Prevention of Torture and Inhuman or Degrading Treatment or Punishment”.  This highlights two important features: first, it is European, and second, it not only covers “torture”, but also a whole range of situations which could amount to “inhuman or degrading treatment or punishment”.  Further information is available here.

Today is Transgender Day of Remembrance
Scroll to top